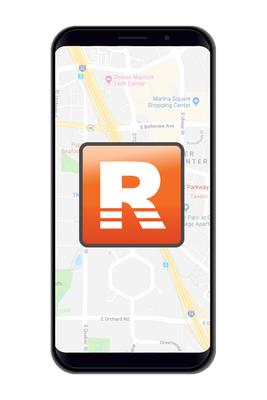 Greenville, South Carolina: Rhodium Mobile was used to track law enforcement officers during the search for an armed suspect. "I could see in real time where all my teams were,” said Sgt. JD Redman. “I was able to manage and coordinate the efforts of seven separate search groups. I was able to measure distances and change statuses of designated areas in real time as my team members were moving. Not only could I tell when they left designated sectors, but most importantly I was able to watch my teams as they traveled through incredibly dense terrain and notify them when they were in potential crossfire situations or were approaching other teams or team sectors. It just made the whole thing run smoother and safer."

Olathe, Kansas: Rhodium Mobile was used to track responders during the Garmin Marathon, a USATF certified event that acts as a qualifier for the Boston Marathon. “All the input we’ve received about Rhodium has been positive,” said Olathe Fire Chief Jeff DeGraffenreid. “It was reliable, user friendly, and a tool for which we can see a number of applications.”

Commerce City & Monument, Colorado: Rhodium Mobile was used to track responders during a blizzard that resulted in hundreds of motorists becoming stranded on Colorado highways. Over the course of two days, multiple agencies across the eastern plains of Colorado deployed the platform to support rescue efforts. “It worked great keeping accountability of our people,” said Robert Rentfrow, a Commander at the Commerce City Police Department. “Rhodium was very effective in keeping track of all the activities and our officers across the city for this storm.”

For more information on Rhodium Mobile visit us at www.irtsoftware.com. Already a Rhodium subscriber? Find the new applications on the Apple App Store or Google Play Store today.

Incident Response Technologies, Inc., has been providing cloud-based solutions for public safety organizations since 2005. IRT’s flagship product, the Rhodium Incident Management Suite, is currently in use throughout the United States and Canada by Police, Fire, EMS, Emergency Management, Campus Security, and other organizations. For more information on the Rhodium Incident Management Suite, visit IRT’s website at www.irtsoftware.com or call (866) 260-7333.